Dead and Berryed – A cautionary tale

Posted on September 3, 2013 by The U-logy
It’s probably fair to say that reports of little Luke’s demise have been greatly exaggerated.
***

There’s a strange phenomenon that you often see in football. A young player, usually a youth product of the club they’re appearing for, announces themselves as a professional footballer in some kind of eye-catching fashion, whether it’s through spectacular goals, heroic defending or just through getting their chance and putting in a string of superb performances.

Plaudits follow. The fans have a new (often homegrown, which just adds to the fervour) hero to chant the name of and – certainly at this level – dream of how that six-figure fee could be put to good use when that team from two leagues higher, who’s scouts have definitely been at the home games for the last few weeks, comes calling in a season or two’s time. These players, particularly at a club who might perhaps be struggling at the time, often become an icon, the physical manifestation of supporters’ optimism, the emblem of hope (the irony is not lost on us here, don’t worry).

And then inevitably they have a poor run of form.

Maybe for three months, maybe for six, maybe for an entire season. Maybe there are extenuating circumstances: maybe the team has got worse, maybe the player has picked up an injury, maybe the pressure of dealing with their new-found responsibilities on and off the pitch catch up with them or maybe, just maybe, they simply have a poor run of form. That’s what happens with young players.

Oh what could have been…

And then comes the backlash. There are those who are simply dismayed at the loss of form and those who crawl out of the woodwork, claiming they always thought he was overrated, that they never saw what the big deal was in the first place and that he was never actually that good.

Time and time again this happens, a combination of football’s predilection for hyperbole – where attitudes can swing from wild optimism to hopeless pessimism in the space of 90 minutes – desperate searches for the new bright young thing, a fascination with opinion, appraisal and analysis (irony still present) and perhaps also partially that odd trait of the British psyche whereby people are built up only to be knocked down.

In the case of Luke Berry, this has all happened within the last 18 months – from first name on the teamsheet and cleaning up at the end of season awards to ‘also-ran’ and ‘overrated’. You probably don’t need me to tell you that such fears, emanating as they did from some sections of the fanbase, look to have been hugely misguided.

Berry has, along with the rest of the team, had an excellent start to the season. Fighting back from an injury hit 2012/13 he has once again made a midfield spot his own and topped it off with a call-up to the England C squad and the Skrill Premier Player of the Month award. Quite the redemption. 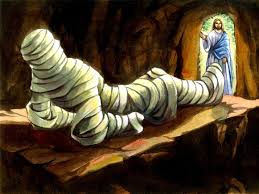 Only here’s the point: there was no redemption necessary. The fact of the matter is that young players rarely (if ever) have a completely smooth start to their careers. In lasting for as long as it did, Berry’s superlative season-and-a-half at the start of his is almost an anomaly in itself .

Jez himself has said in the past that the plot of a player’s development is never a straight line, nor even a smooth curve. There are peaks, troughs and plateaus; fast progress, slow progress, no progress, sometimes even apparent declines. But that doesn’t mean they lack talent or aren’t as good as everyone hoped; players don’t make it through a youth system and sign a professional contract without coaches being as sure as they can that they have the ability to make it as a footballer. If they aren’t good enough by that point, then its highly probable they will have been weeded out.

Almost every young player will at some point go through this dip in form, whatever it’s caused by. How they react to it is what, ultimately, can end up defining their career. Some never attain the heights again, some go backwards, others work to get back to where they were and others work even harder and push on. It’s a testament to Money’s and Jez’s coaching and most importantly to the attitude of Berry himself that he falls firmly in the latter two of those categories.

The fact of the matter is that Luke Berry is only 21 years old and won’t be functioning at his peak as a player for another three or four years at the very least. Why have some been so quick to write him off, particularly after such an excellent start to his Cambridge career?

There’s undoubtedly an element of having our fingers burned before. Hopes for John Turner ended up being misplaced, likewise Adam Marriott and Jordan Patrick. Football pitches are littered with the wilted flowers of hope and unfulfilled potential. But I think there is perhaps also another aspect in play here.

Berry’s injury, return and dip in form happened to coincide with a period where it became quite fashionable to criticise Jez George – largely for his ‘failings’ as our manager. He went from being the saviour of the club to a clueless manager well out of his depth. Valid, albeit rather exaggerated, criticisms. But the issue is that such criticisms didn’t stop at disappointment with how his tenure as first team manager eventually ended or his signings turned out.

Even after he stepped away from first team duties there were still whisperings of discontent, the well poisoned to the extent whereby Jez’s track-record was questioned in every domain he had ever had an influence.

Signings being made were “Jez’s signings” foisted upon Money. His presence in the dugout for some matches was proof he was still “meddling in first team affairs”, despite Money publicly stating that he had asked him to be there. Of course, his “influence could still be seen in the team selection”, a line usually trotted out when we set up ‘defensively’ and – yes, you guessed it – when Berry was thrust straight back into the team (on the wing, no less) for three straight games immediately after he returned from injury. Even questions of how good our youth system actually was and whether Jez was an egomaniac with too much power at the club reared their heads. Funnily enough, this period also coincided with the harshest criticism of Liam Hughes, another player nurtured by Jez.

Berry’s form almost seemed to be being used simply as another stick to beat Jez with, which made for a rather short-termist and unbalanced appraisal of the player. You probably don’t need me to tell you that we’re huge fans of Berry here, all our previous points about his talent and his potential hold true, and we’re big fans of Jez too. However, don’t misconstrue this as a cheerleading piece for either of them; it’s a plea for patience now for Berry, Hughes, Blaine Hudson even Luke Allen and in the future for the likes of Will Norris, Liam Hurst, Bobby-Joe Taylor, Mitch Hancock and every other player who rolls off the CRC production line.

The youth system is the one of the most important parts of this club. It’s success isn’t simply measured by players in the squad or on the pitch – the influence of homegrown players reaches beyond simply how many appearances youth products make or how many goals they score. Which signings, for instance, do you think we might not have been able to make had we not had players like Hughes and Rory McAuley able to provide cover in so many positions? Would we have been able to bring in players of Berry’s or Josh Coulson’s quality from the outside for the same money they earn?

Not every player will be a success but those that are deemed good enough to make it to the first team by Money, Jez, Mark Bonner and all the coaches working throughout our youth system need our patience, support and loyalty; not a suggestion that they should be thrown overboard at the first sign of choppy waters.

This entry was posted in Cambridge United, Luke Berry, Young Player of the Season and tagged CRC, Youth System. Bookmark the permalink.

4 Responses to Dead and Berryed – A cautionary tale